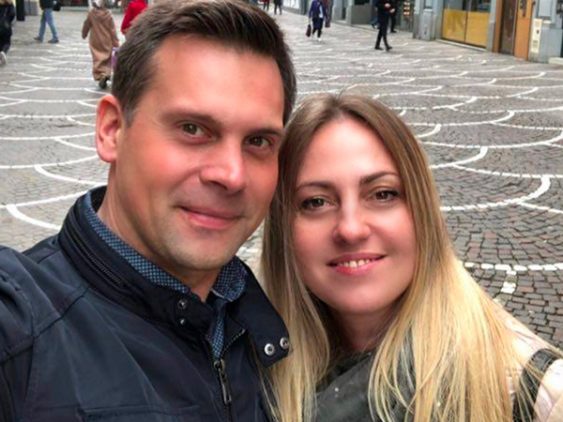 My great adventure began by contacting Katerina and starting the difficult stage of profiling. Fortunately Katerina was there to give me additional information about the profiles that attracted me because the agency knows its candidates very well and it really helped me to make my choice. So I started exchanging letters with six women from Kharkov, all serious, hard-working, independent and really motivated to build a lasting and sincere relationship.

My exchanges of letters lasted a month and through them I understood that it was time for me to go to Kharkov.

I went to Kharkov in early March for a week. The organization on site was perfect, a beautiful apartment in the city centre, an on-site contact always ready to help you when needed and interpreters dedicated to their work.

For the first time in Ukraine, I immediately felt at home in this city, the historic center is very nice to visit and the people are welcoming.

The meeting schedule had been prepared the week before by positioning the various appointments to the best of their ability to have time to see the women with whom the feeling was best.

So I met five women in turn because the sixth was sick that week.

All wanted to see me again but I only wanted to see Anna and Marina again, which were my first and last meeting. So I saw Marina a second time and everything went very well but the second and third meetings I had with Anna were the strongest.

So I went back to France with the exchanges of these women who resumed but this time by phone and no longer by mail.

It was there that Katerina helped me provoke the sequel by encouraging me to ask those I wanted to come and spend time with me in France.

So Anna came to spend a week at my house and our story really started, I’m really happy and I thank this agency without which I would never have known Anna because today I will not see myself without her.

We have been sharing between France and Ukraine as often as possible, managing our respective jobs.

We are seriously considering the continuation of our relationship with Anna’s installation in France which I hope will be achievable in the coming months.