Why Slavic women want to find their husbands abroad 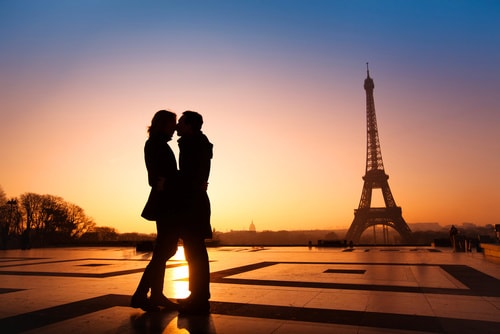 In Ukraine, according to statistics, there are far fewer men than women. Many eastern men drink, so they are not suitable for family creation.

The few serious and reliable men who remain, and who are single – is really stalked by the large amount of single women one more beautiful than the other. No more or less – a real hunt for stilettos!

The great competition to find a reliable man has spoiled too much Slavic men – the women of the east make great efforts to please, and to please men.

Ukrainian women looking for life partners must therefore compete to attract the attention of men with a host of other beautiful Ukrainian women single, widowed or divorced.

So, in order not to suffer from loneliness, and not to participate in this hunt for men who do not fail, moreover, to take advantage of this privileged situation, many Slavic women turn abroad to seek love and start a family.

Ukrainian women prefer foreign men because they are more attentive to them, more responsible, more interested in their opinions, do not drink as much as Ukrainian men. They treat a woman as an equal partner and help raise children.

While according to the Ukrainian mentality, a woman should be behind her husband, give him children, and take care of him.

Many Ukrainian women do not believe that a Ukrainian husband can understand their problems or be faithful to them.

They note that a Ukrainian man needs to have one or more mistresses to increase self-esteem, it is for him an attribute of “real man”. If not, what will friends and colleagues say?

In addition to all their demands on women, and the lack of reciprocal efforts, Russian and Ukrainian men expect that even at home, after a hard day, a woman will look flawless. It’s so reckurmed in the genes of Slavic women to make a lot of effort to match the high expectations of their compatriots and to endure the tough competition.