Mathias (meeting trip to Kharkov in mid-October 2019, after 1 month correspondence) 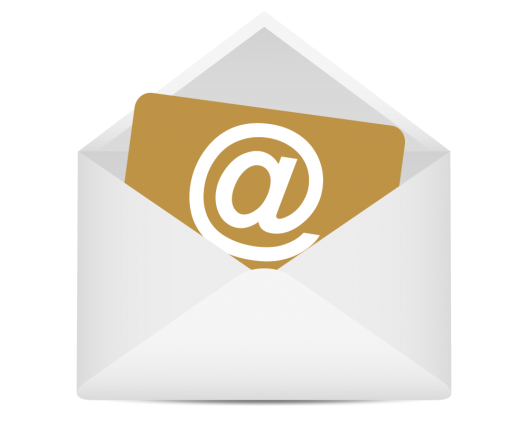 I made some nice encounters, others less beautiful.

Anna, 35 years old, very pretty, speaks English, spontaneous, very natural and sweet, no superfluous, just herself. Very open and talkative, able to talk about many things. Very beautiful smile and very beautiful short. She has a child. At first it scared me a little, and then I thought about it and it doesn’t bother me anymore, I’m ready to be the dad of this little boy who “doesn’t have any more”. Finally, I tell myself that if she has this approach and really intends to emigrate and come to live in a different country with her son, it is because her approach is sincere and that she will do everything to make it work, because she has a child and that her approach will always be to protect him and take care of him.

I really like her character, she’s the one I feel most natural, she doesn’t have filters. I really like it. We always speak on WhatsApp in English. She has to finish her studies in computer science, she will probably finish at the end of November or even December. We met twice in kharkov, she took a moment in her busy schedule to come and spend time with me, She is reasonable, I like to spend time with her. I told her that I would welcome her with great pleasure to spend time with her, to see where I live, so that she would understand how I see my relationship with my wife: love, attention, respect, communication.

Alina, she is in graduate engineering studies, I did not dare ask her the question of the field of engineering. She is originally from Donbass, she fled the area and had to resume her studies once again because her level of education was not recognized in kharkov. She is 23 years old, so very young, with her head on her shoulders but full of energy and almost an “electric battery”, does not hold in place, needs to move. She doesn’t speak English, she came from Kiev on purpose for us to meet because I hope she had good feelings towards me and maybe she liked her.(?). We spent an afternoon together with lilyana as a translator. We did a lot of attractions together and I rode, because I felt it voluntary, in a roller coaster and a seat has 40m high circling around the rotor at crazy speed for the first time! I was very apprehensive, but I enjoyed it so much because she was there and she gave me the courage to do it.

I had a great time with her, I don’t know if she understood the scope of the words I had for her when we separated but I felt a heart asking for love. She is beautiful, small freckles all over her beautiful face, brown blonde hair with red highlights and eyes, I have never seen such beautiful, green turning on the yellow sparkle, glitter in the eyes. She’s the kind of woman who would make me move mountains, I think she’s really beautiful.

But I want to keep my feet on the ground, because we don’t have language in common. She has to finish her studies in Kiev, the city where she had to travel to have treatment for her health problem. I didn’t dare ask him what exactly. I told her that if she chose me, I would always be there for her, I would support her, I would help her and I would respect her. She wants to work and prove herself.

I checked the validity of Ukrainian diplomas in France, Ukraine signed the Bologna Pact, which means that the studies conducted in Ukraine are validated throughout the European Union. So it’s possible that she will come to work and live here.

I’m going to start learning Russian. I will succeed, it is the minimum to show the respect and the desire to share the culture of his dear and tender to me.

I continue to talk to him on WhatsApp through the Google translation into Russian. It’s a little frustrating but I feel spontaneity and at the same time I don’t know if it’s really sincere.

I invited her to France, she told me that she would like to spend a moment in France of course, maybe for her birthday in November. I would like too much and at the same time I am very apprehensive about the fact that I cannot speak Russian, I will develop this ability.

Ekaterina is 10 level above. She has the same salary as me, we both speak and we understand each other in English.

Ekaterina is beautiful, she has really beautiful features, and what is almost surreal is what is brilliant.

She understands German, she understands and speaks Esperanto. She’s a successful woman. She’s really on top. I feel it a little detached but at the same time I feel a visceral need for a flood of love. A love that cradles and pampers her. I feel it sincere and really natural. She doesn’t play a game, she talks without filters. She is very interesting to listen to. She’s the only woman who contributed to the restaurant expenses.

Ekaterina is a woman who loves and cherishes her independence, I love and will always support her to achieve her ambitions. She has her head on her shoulders, she is realistic and very thoughtful. We met twice in kharkov. Magical exchanges.

I invited her to come and spend a stay in France, she comes to do a team stay in Switzerland in October. I’ll take time off to find her. I’m waiting for her to give me the dates.

Olga, I did not hook, sincerely I felt that she came to the appointment to talk about her and have a free restaurant but no intention of building anything. I do not feel sincere in her quest, if there is a quest for love. I feel very proud of her and self-centered.

Kateryna, The third sentence she uttered was: “The first thing that is important to me is to get married”

No conversation, little English. Nice but I wonder the sincerity of his approach. I think she is looking for someone to go away. The person doesn’t matter, so love is hard to imagine. The evening cost me very much, almost 170, not to mention that I would have preferred to spend it with a woman with whom the moments were magical.

I enjoyed the stay and made several friends there who spoke French. What a blessing the extent of our French culture. This is the most valuable thing I have brought back to my country.

The monuments of the city are beautiful, the parks very beautiful. I used public transport a lot and I was quite proud not to get lost in it.

In view of what I am telling you, can you help me with my actions?

Are there things I have said or have not said that I have to say?

Do you think I need to do something extra?