Kharkiv or Kharkov: the city of the most beautiful women in Ukraine. Kharkov’s tourist attractions. 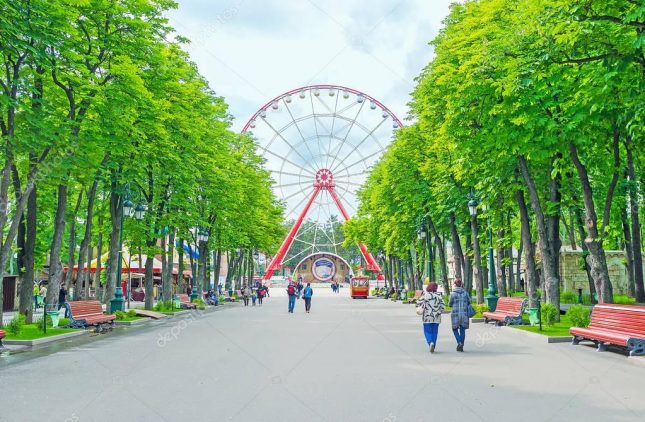 Our marriage agency based in France offers you to meet the Russian and Ukrainian women of Kharkov (Russian version) or Kharkiv (Ukrainian version), both variants being valid in French.

We would like to explain to you why these two variants of the name of the city exist. The language spoken in Kharkov has always been Russian, as ukraine’s first capital,the city of more than a million and a half people, is 50 km from Russia and is half-populated by Russians, half Ukrainians. Moreover, during the Soviet Union, of which Ukraine was a part, the Russian language was the most important state language than the Ukrainian language. Although the official language of Ukraine is currently Ukrainian, since the fall of the Soviet Union, in everyday life the Russian language largely predominates, the majority of Kharkov’s inhabitants speak very little or no Ukrainian, but they understand it.

Meetings in Kharkiv: the sites to visit in the company of a beautiful Russian or Ukrainian woman

We advise our clients to have their first appointment with each of their correspondents by sitting in front of each other, in a calm and comfortable environment, for a serious discussion. It is very important to be comfortable and to be able to ask important questions, with the help of our interpreters or without.

When you see the same women for the second or third time, there is nothing to stop you from asking them to show you the city, which offers lots of activities.

Kharkiv: the first capital of Ukraine to discover during your Ukrainian dating trips

In the 20-30s of the past century Kharkov was the capital of Ukraine. Today the capital is Kiev but the city of Kharkov is still considered the largest cultural capital of Ukraine. University city. Twin city of Lille. It is an extraordinary and unique city, which has mixed the classicism of architecture with the modern trends inherent in all European cities.

Kharkov attracts creative personalities: painters, poets, musicians, writers. The most beautiful Slavic women live in this city. Once you come to Kharkov, you will never want to leave this city again. There is a superstition in Ukrainian culture: if you fall under a charm of the city, you will find your love.

The first thing that comes to mind to lovers is an appointment in a park. Why not? The favorite place of the inhabitants of the city, the park represents the heart and soul of Kharkov. In the Gorky Park you will find beautiful places for a romantic Ukrainian encounter. A ride in the park’s highest attraction, Kharkov Eye (the Ferris wheel), will be a good surprise for the chosen one of your heart. Admiring the city on the height, this event in Ukraine will be the most remarkable in your life.

The first largest place in Eastern Europe. The people of Kharkov are very proud of this. Admire the beautiful unique architecture of this square. The visit to Freedom Square is a tradition for all foreigners who come to Kharkov. Taste the local cuisine at the fair, often located in the main square.

What can be more romantic than an evening at the Grand Opera Theatre? The ballet, the concert, the opera, the shows will not leave you indifferent. Beautiful Ukrainian women are not only beautiful, they are also intelligent and cultured, they like to grow and have an open mind. A visit to the theatre will be a good opportunity to see your correspondent in a new universe.

“Violinist on the roof”

This sculpture is installed on the roof of the building of the company Concern AVEC and Co. The sculpture symbolizes Kharkov’s artists, musicians and actors. This statue is admired by all Kharkovians and foreigners who visit the city because it is creative, unusual and represents the people who live in this artist city.

The inhabitants of the city, especially women, love this place for its charm and romance. Take a walk in the park, rest on the grass, take a short boat trip, take some nice pictures. Don’t forget to visit Strilka Bridge,illuminated in the evening, and considered the Bridge of Lovers.

One of the must see places in Kharkov, known by its fountain and waterfall, as well as exhibitions of paintings by Ukrainian painters. If you like art and painting, come and admire in the open air paintings of Ukrainian artists, or even buy. Taste the local cuisine the pirojkys,sold in the monastery that is located in this park.

Do you like movies? Passionate about short film? Is Mylène Demongeot your favorite actress? In the aisle of the guests of honor of the Kharkov Siren festival you will discover the imprints of French actors Jean-Paul Belmondo, Charles Gérard, Pierre Richard, Ukrainian and Russian actors. This walk will not leave you and your correspondent indifferent.