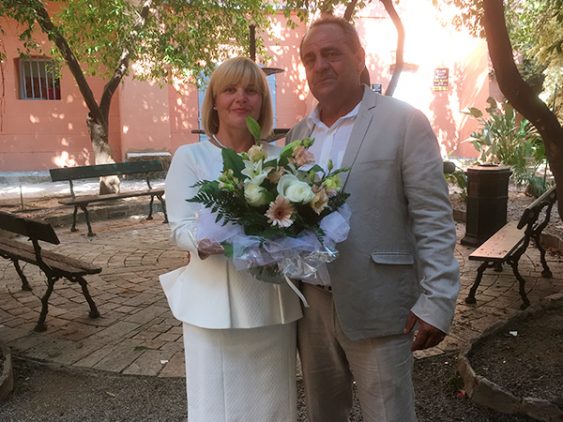 After a difficult separation, I decided to look east. I met Katerina and a few months later I left for Kharkov. I met 5 or 6 women with whom I had exchanged beforehand. Welcome to the airport by Sergey very well. The apartment and the nice interpreters. During this first stay I fell in love with Inna. After a few days I leave for France, Inna and I decide to see each other again.

She came to see me in Corsica a few weeks later, but unfortunately it didn’t work out between us. We were too different.

A few months later, I return to Kharkov for the second stay, and on Katerina’s advice I meet Marina who is closer to my age. She came to Corsica several times after my return, we live a beautiful love story and expect to marry as soon as our marriage documents are ready.

Thanks for everything! Firmin