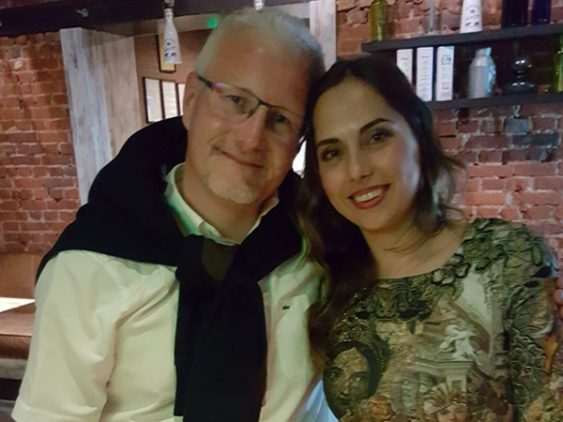 When I arrived in Kharkov I didn’t know exactly what was waiting for me, but now I know. I made my mark in the city of Kharkov right away, I had to walk 10 km to feel this city. I really liked the kindness of the people there when they saw that I was French. I first saw Elena, she is a beautiful woman very interesting, attractive, I really enjoyed our meeting and we discussed many things…

I also did the appointment with Ekaterina, we spent about 4:30 together. I had some concerns about him that dissipated, I found him very beautiful and I told him by the way. She’s smart, she’s smiling. I really like his personality. I’m under the spell and I offered to see us again for a second RV. In any case I felt something. It was a real blow of the heart!

Then I met Olga last night, there was something else, it was THE appointment I was waiting for. In your ranking for my selection you had put it in 1st Kateryna, and it was very fair! She is more beautiful than in the pictures and very intelligent, always with a smile, a real Slavic. There was a magic between the two of us beyond what I could imagine, the performer looked surprised too! We planned to do a lot of things together Olga and I from the day after we met.

I was very annoyed for the other women I had to meet out of politeness afterwards, because they were waiting for me following our correspondence. They were surely and without deceiving me very interesting women and very well in every respect. But Cyclone Olga has passed in the meantime !!! As much with Ekaterina and Elena I was very sincere, so much after Olga, I still went to the appointments but I could not be opened as with Ekaterina and Elena. I’m really sorry about them!!!

It was pretty amazing because Olga and I were constantly on the same wavelength. We spent all evenings of my stay together. Our first meeting was already incredible, we tell each other all the time still today. You had to be there to believe it. And every day it was still more. We already had plans for the future! It may look fast but that’s the reality! I didn’t think I’d get to this point in a relationship that was starting.

Now, back in France, it evolves every day between us, we see each other as soon as possible in Kharkov or France, we have lots of projects planned together, and we spend a lot of time together.

Yes, it is very difficult for her to return to Ukraine and for me to France every time because we cannot spend too much time at a distance!!! But we’re already talking about marriage to be united forever.

Thank you Katerina for putting Olga in my way, it’s amazing for both.