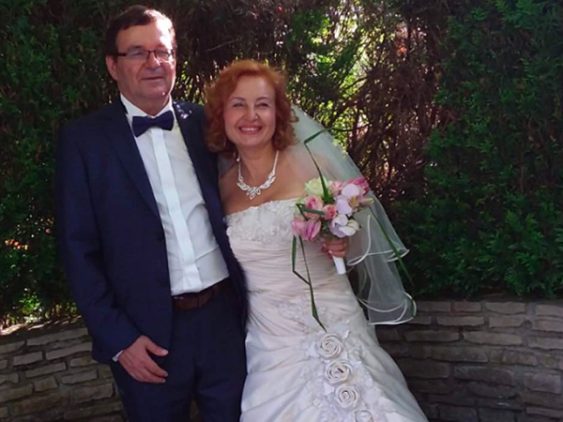 I myself am Slavic of origin by my mother and I speak Russian quite well, I often go to Russia for business and I have friends men and women there. This partly explains my attraction to eastern women. I stayed several years with a young Russian woman, It was about marriage, but the story wanted otherwise, probably because of the large age difference (22 years apart).

But this experience has only reinforced my natural inclination, the women of the east are strong in characters but at the same time sweet and feminine.

The site and the videos of “In the Heart of the East” appealed to me and I decided to meet Katerina. We looked together at the compatible profiles, Katerina knows the members, this deserves to be emphasized, so I listened to her advice.

At this point my preference on paper is a certain Tatiana, but Katerina advises me to meet 4 or 5, I did well to listen to it. So I communicated some time with five of them, it is with Eugenia that the exchanges are the warmest. But quickly I decided to meet them all in Kharkov.

On site the organization is perfect, from the reception at the airport until the return. The interpreters, very friendly help to facilitate your stay, even if, for my part, I used little of their services.

Above all, I should point out that all the women I have met are beautiful, charming and university-level. My first meeting was with Angelika, a charming 50-year-old with a beautiful smile. It wasn’t love at first sight. So maybe I’m waiting too long for Eugenia. Nevertheless we decide to see each other again and exchange our phones.

On the same day, I met Eugenia, when I was younger. The meeting goes well but against all odds, the feeling is not there. We were supposed to see each other two days later, but she eventually declined.

The next day, I meet Tania, a pretty brunette in her 50s. After 2 hours of conversation, I feel positive waves, moreover, our young interpreter confirms this impression and advises me to see it again, which we agree.

The next meeting with Julia will be friendly and cordial but nothing more. She will call me directly later very kindly and tactfully to tell me her decision to leave it at that. I salute his elegant attitude.

The next day, after Eugenia’s defection, nothing was planned when my phone rang… It was Angelika who decided to take the initiative. She explains to me that she has a busy schedule and that if we want to see each other again, we have to agree on an appointment. My heart startles, she is a real eastern woman, willing as I love them. I immediately decide to spend the afternoon with her. During this afternoon, Angelika reveals her charm and seduction, takes me to places sometimes romantic sometimes playful, shows charming, interesting and funny, in short, at the end of the day, I completely returned. But I hold back from totally cracking and I explain to Angelika that I promised to see Tania again the next day, she knows the rule of the game, she understands.

The next day, as expected, I see Tania again, the current passes well between us but I do not feel ready to leave Ukraine for various reasons, family among others. Time would probably have been the reason for his reluctance, but even if it is unfortunate, in this kind of exercise, time, we do not have one. So the situation seems a little complicated. She will send me a text message later saying that she regrets her indecision… too late, another had then conquered my heart.

The next day I call Angelika again, I invite her to dinner in the restaurant of her choice. Memorable evening… I find Angelika, very elegant, who takes me to a karaoke restaurant. We had fun until 3 a.m., our attitude towards each other had then swung into tenderness, Cupid was beginning to take an interest in us.

At this point, the Mass could have been said, but there was still a woman to meet, Tatiana, the one who was my favorite on paper, absent at the beginning of the week. This meeting was set for the next evening.

Tatiana is a beautiful woman, very sure of herself, individual entrepreneur, driving her own car, which is rare in Ukraine. However, her attitude is a little distant, she explains that she can not get an idea about a meeting, it is acceptable and respectable. One senses that she is waiting to be courted on a longer term, which is perfectly legitimate and which would have been very normal, or even pleasant in other circumstances, but here again, time is running out.

I am finally almost relieved, I am very attracted to Angelika and I can now get involved in this relationship. I see her again the next day and we can now let our hearts speak freely, I decide to come back to see her very soon.

The rest will prove us right. I returned several times to Kharkov for romantic stays during which our love was fully expressed. Angelika and her daughter have come to France for 2 weeks and I am returning to Ukraine soon. I’m very optimistic about what happens next, this story will end in a happy marriage.

(The rest of the story: Christian and Angelika were married in early August 2017 in Grenoble)